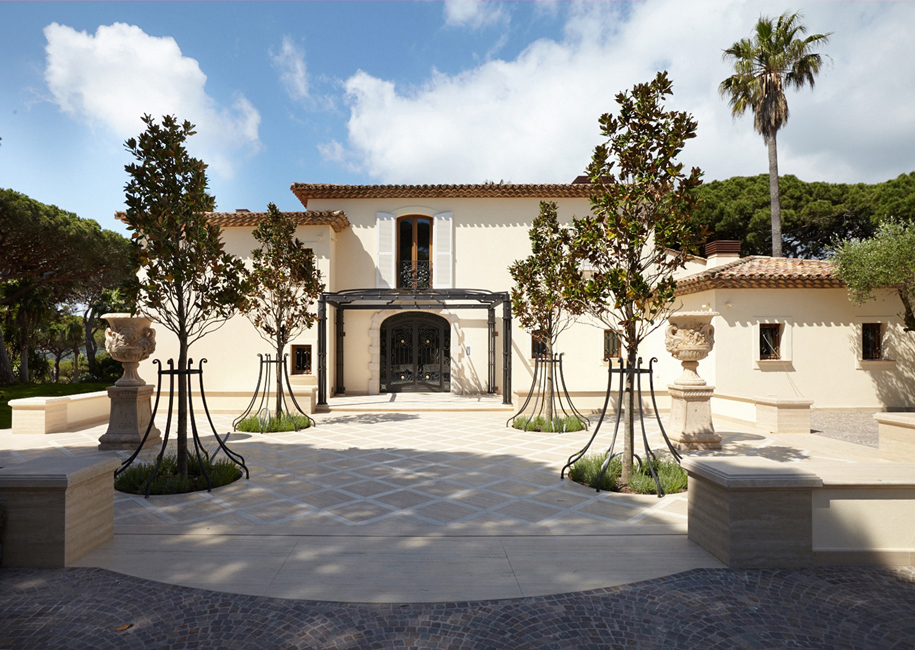 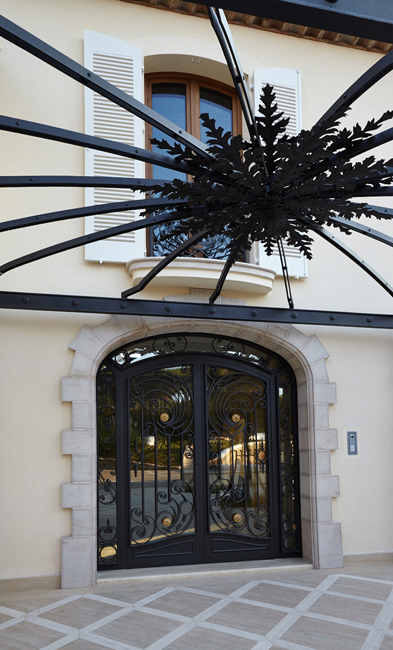 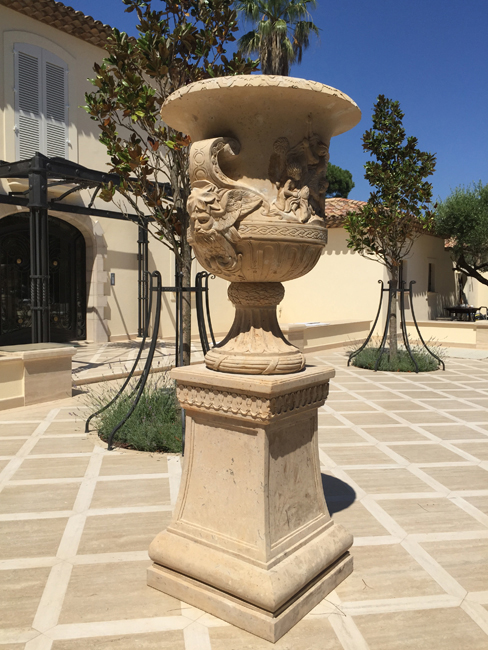 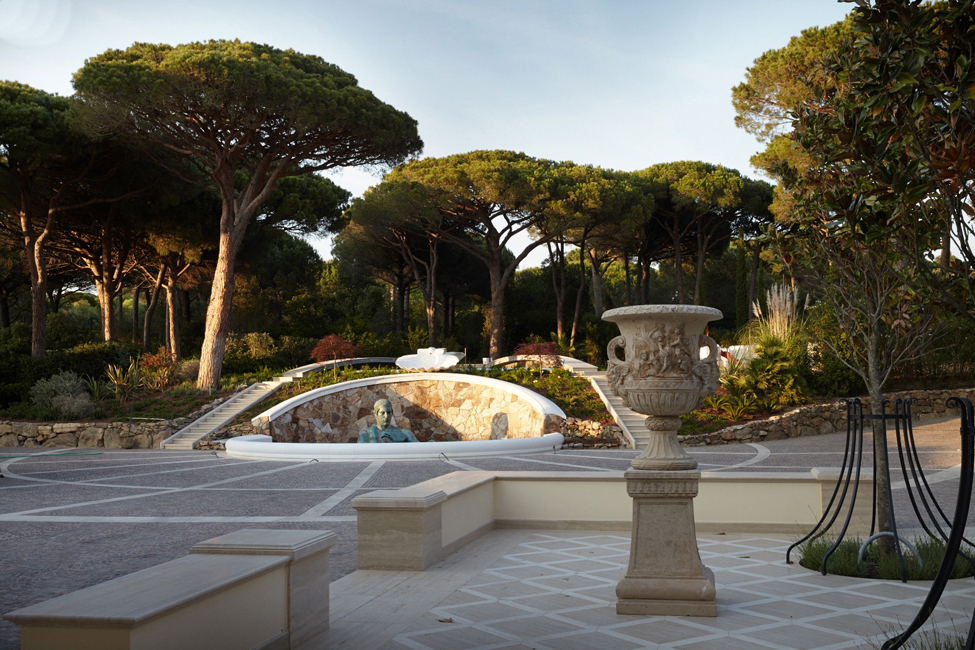 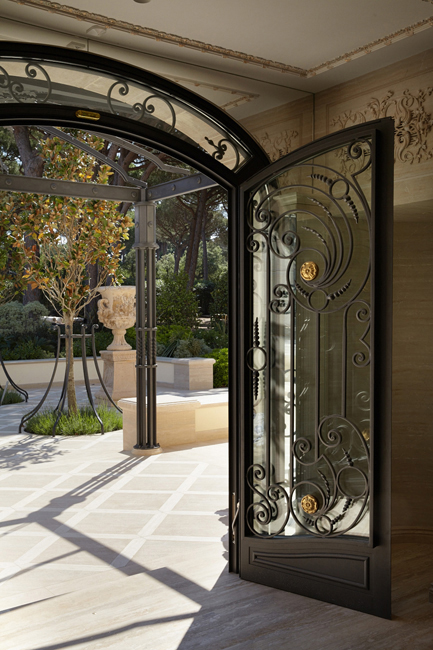 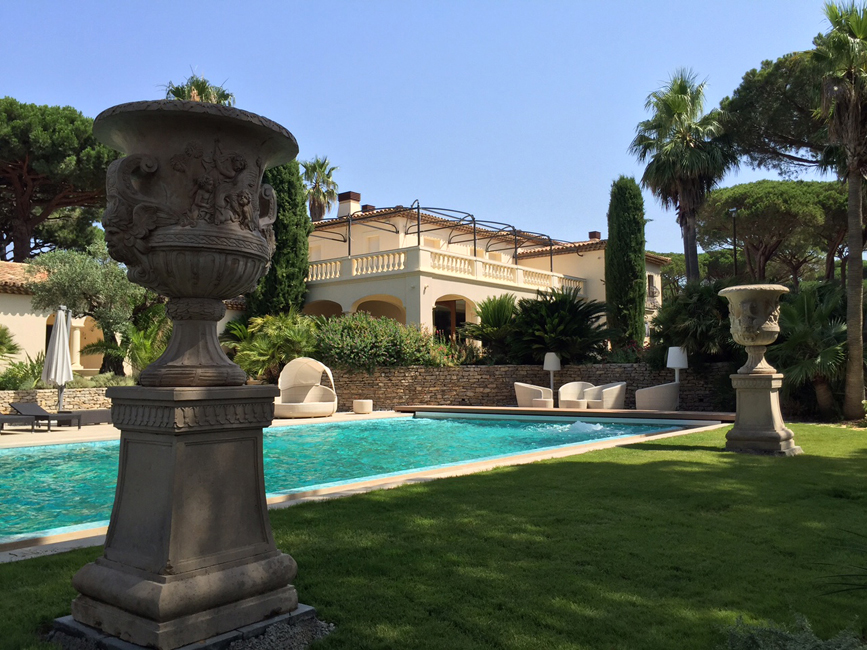 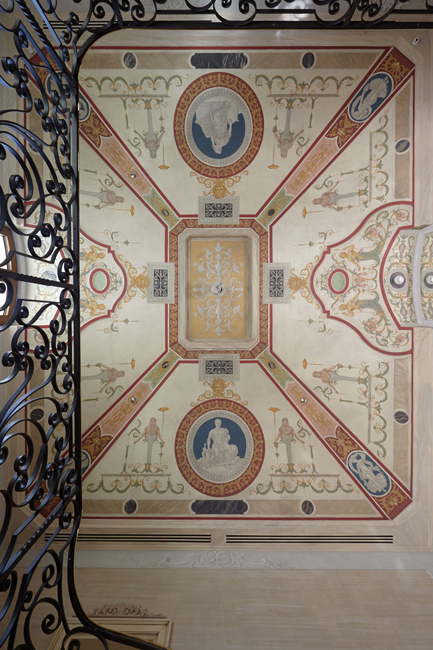 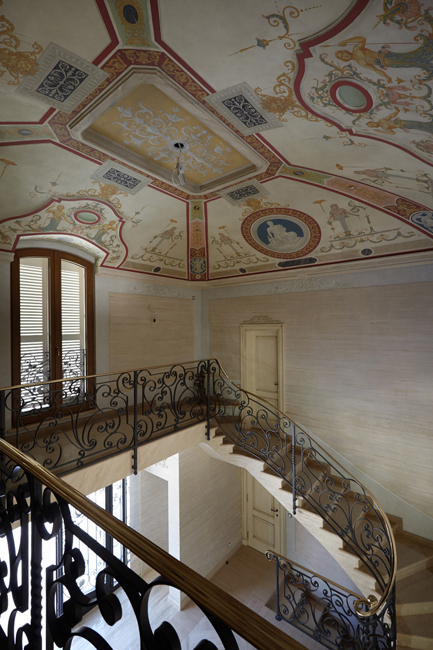 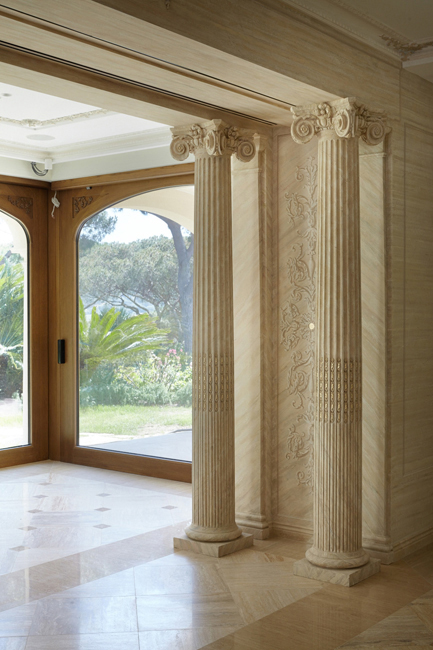 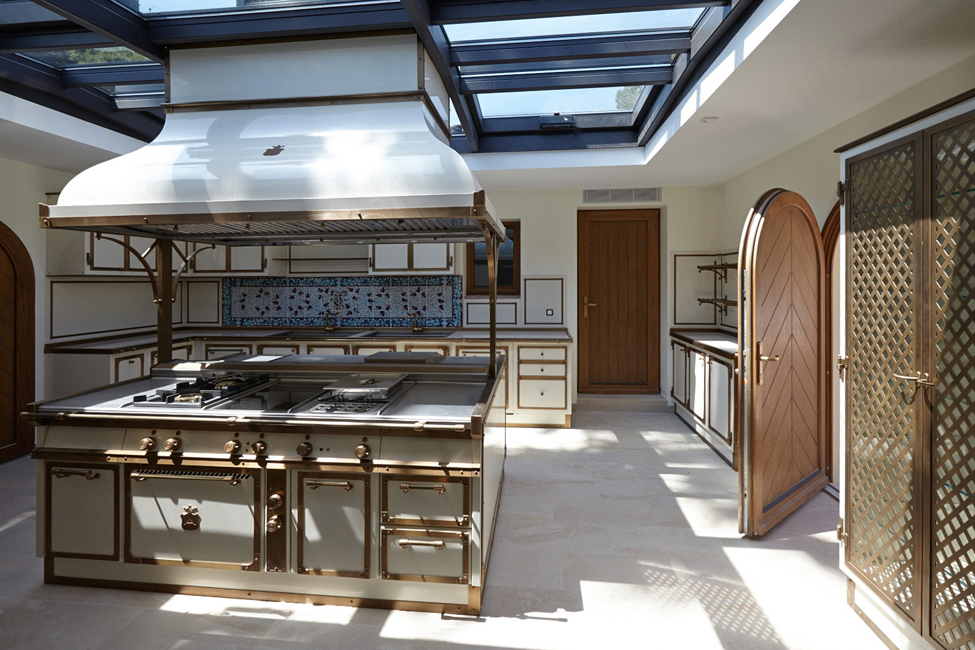 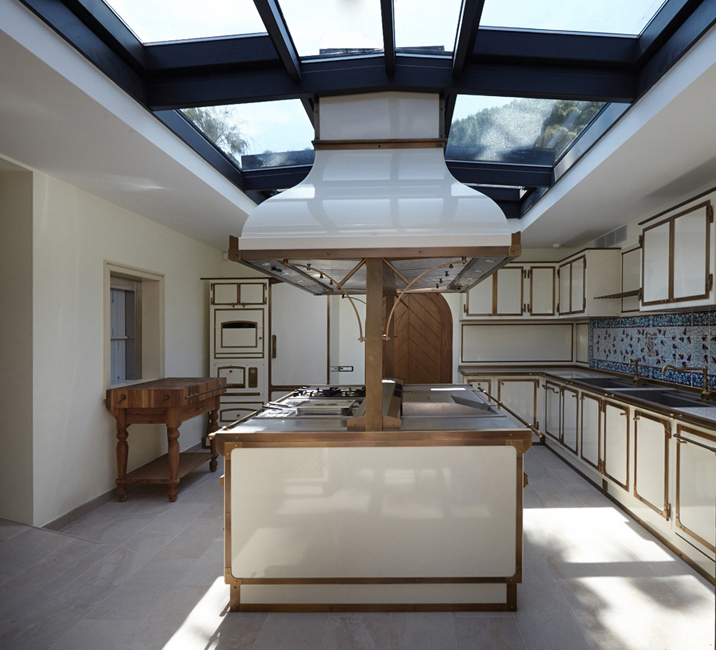 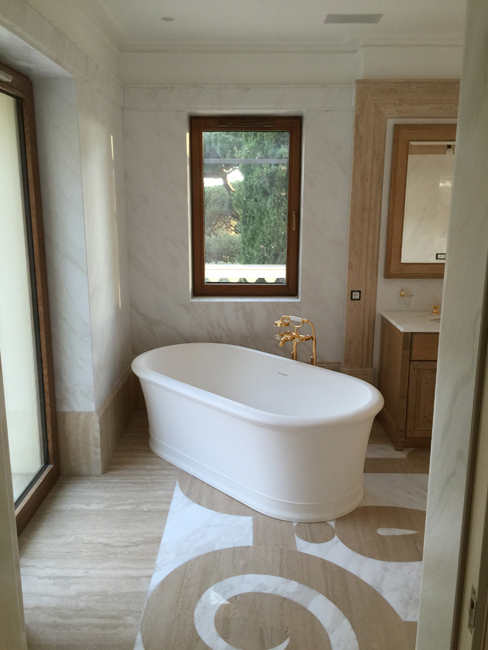 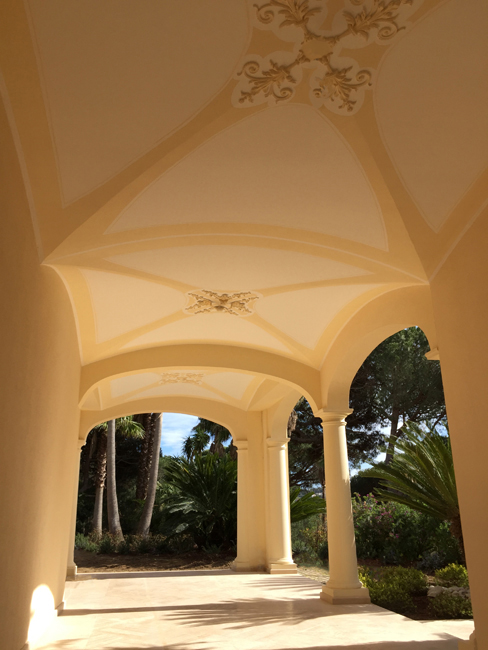 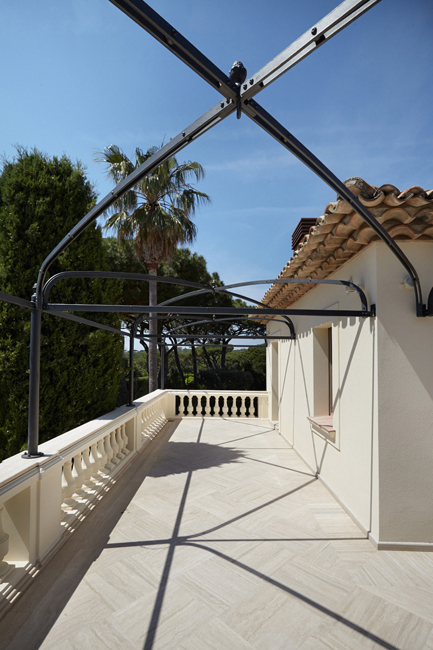 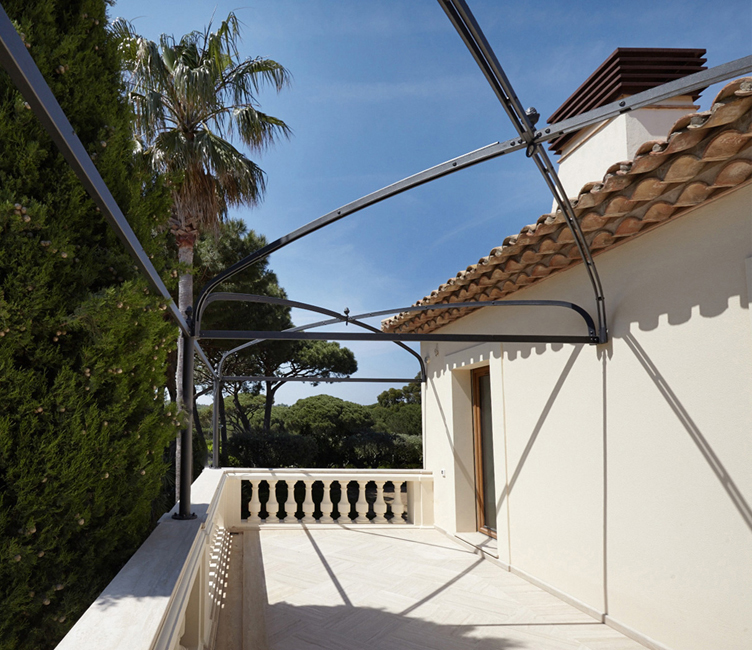 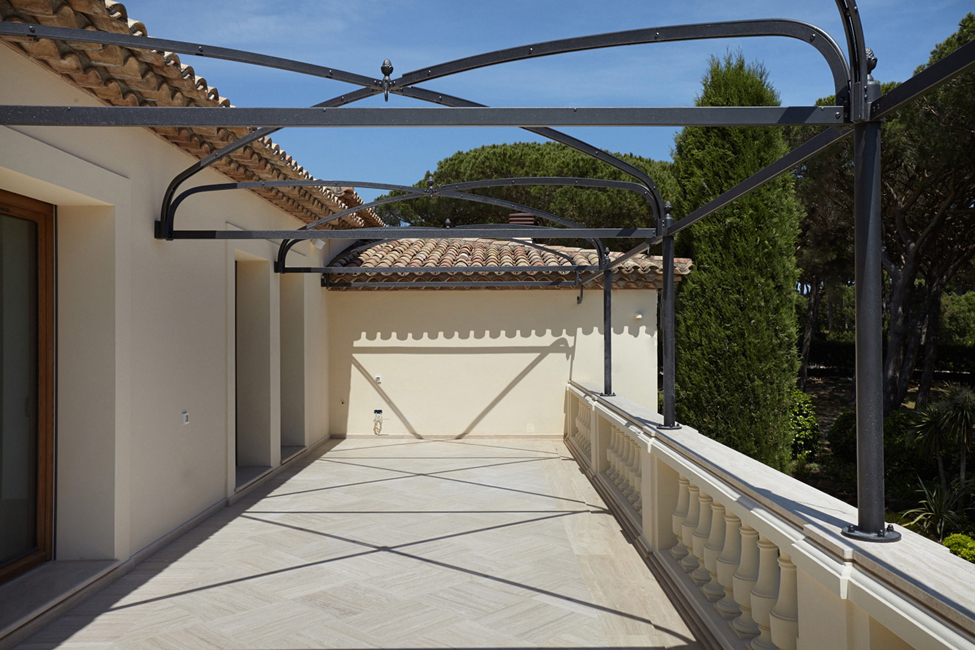 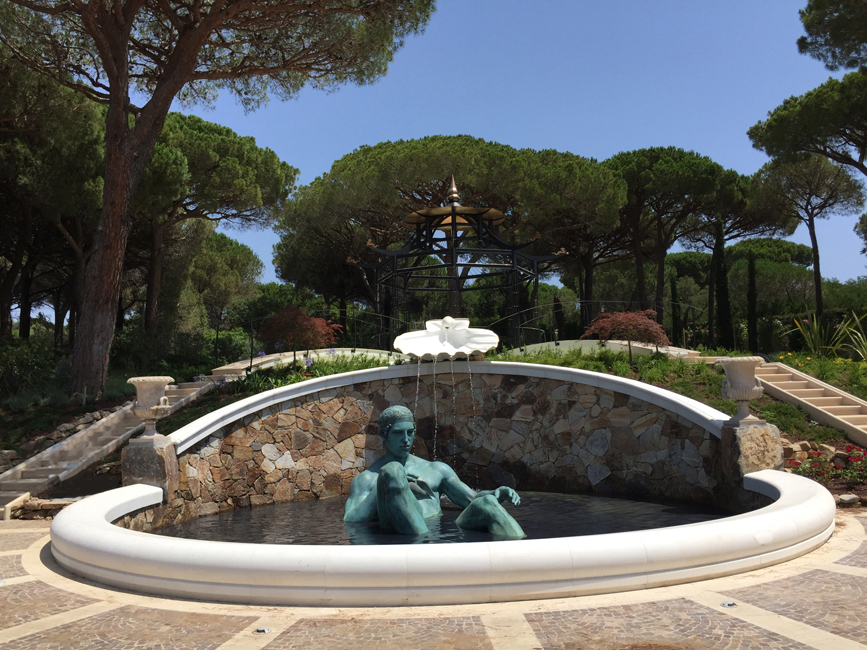 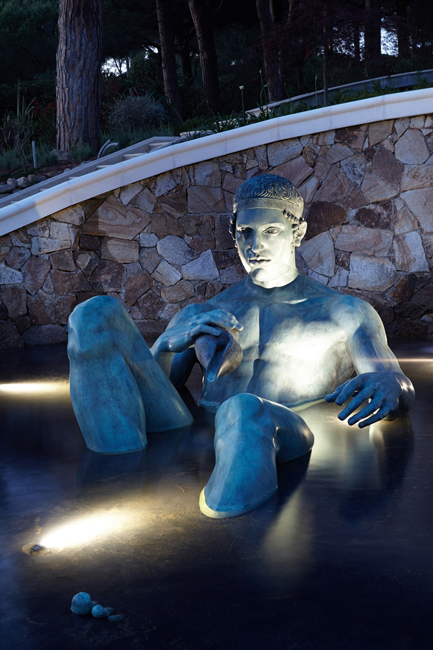 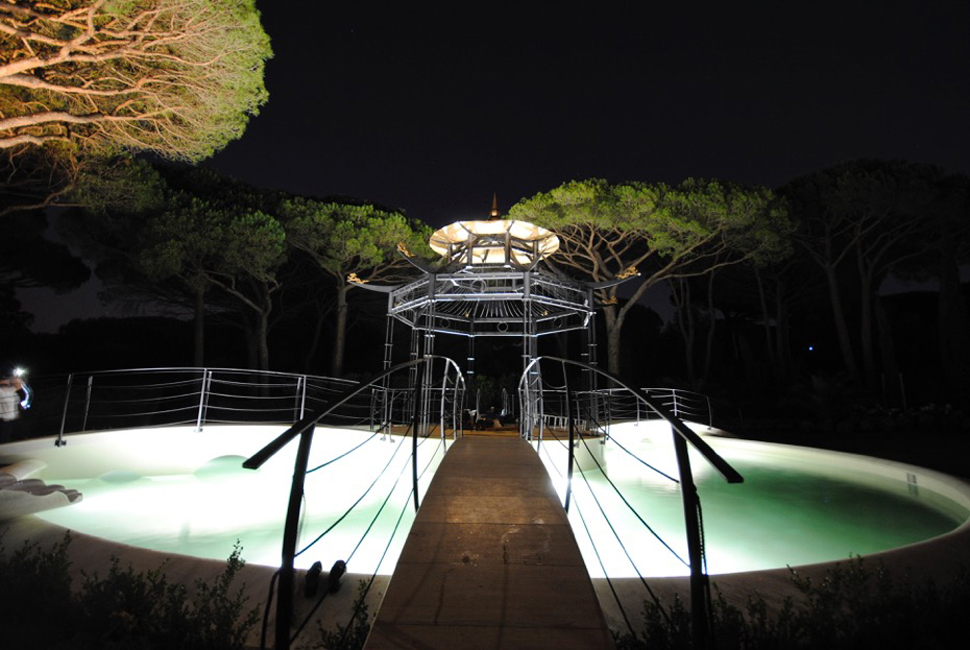 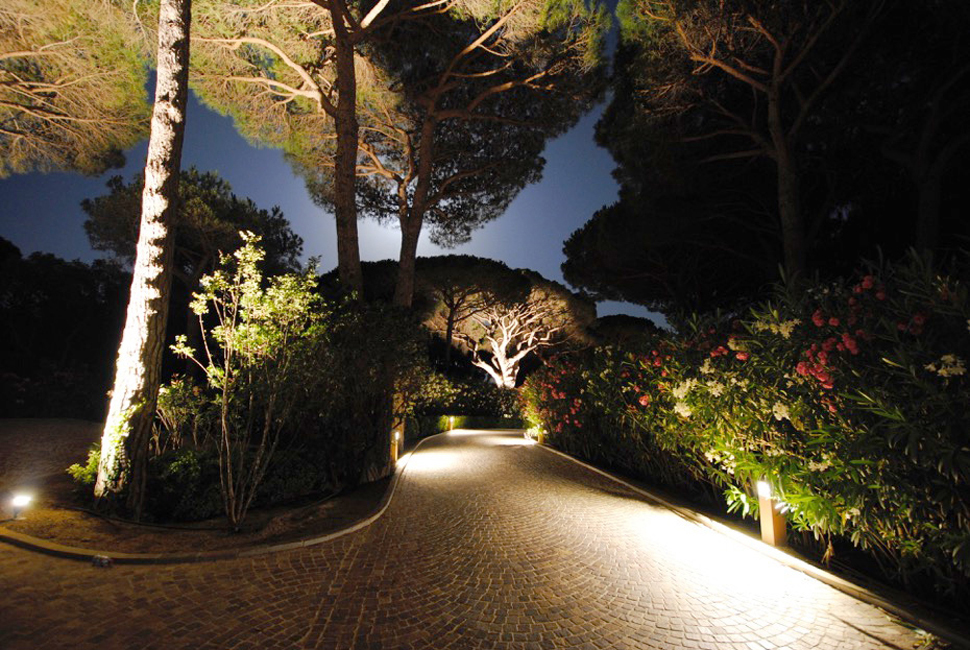 Villa with a Garden

This two-storey country house with open terraces and a swimming pool arose from the reconstruction of a classical French villa: the facade underwent some major changes, the interior planning changed — the villa with two tiers of windows acquired a front staircase and a new kitchen area that was moved outside the building into the walk-through patio. The interior design was decided upon in the style of a franco-italian palazzo with exquisite blacksmithing, colourful domed murals, natural stone on the floor, and walls painted to lend them a travertine look. In the parking lot, on the site where a helipad used to be, a round fountain emerged with the bronze sculpture of a seated atlas inside — an allegory for the Ocean, whereas in the second level there is a lake with an island in the middle, with a summer-house pagoda and bridges thrown to it.